The poll also shows 50% of U.S. adults identifying as political independents, the highest percentage Gallup has ever measured in a single poll.

Independents are usually much more likely than Republicans or Democrats to favor a third political party, but in the current poll, Republicans are nearly as likely as independents to hold this view, 63% to 70%. That represents a dramatic shift for Republicans since last September when 40% favored a third party. 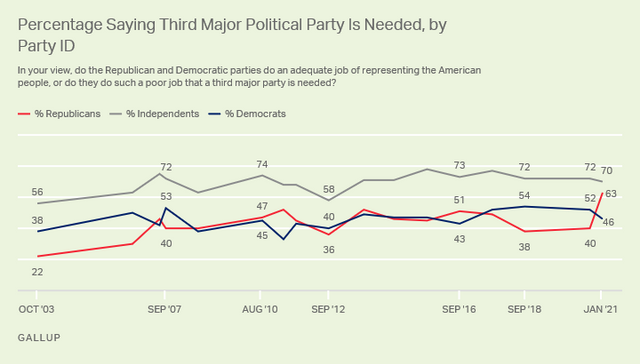 The survey asked Republicans and Republican-leaning independents what direction they would like to see the party move in the future. A 40% plurality want the party to become more conservative, while 34% want it to stay the same and 24% to become more moderate.