Do you want to be a part of the team!? We are looking for 12 dedicated people to sign up to be exclusive Test Pilots! You will have access to exclusive builds, core dev forums, and your feedback will help us refine the early access version to be released on Steam in June next year!

To reward your efforts we will include you in the QA credits, pay you for your time and even give you a limited edition DR fx Fusion 'Crew' T-Shirt! Pilots will be announced the week prior to the DUB FX and CoLD SToRAGE event (details to be confirmed). You will also be given exclusive VIP tickets to the event! if you can't make the event we will give you free exclusive access to the Livestream feed.

As we are growing the community, to qualify, you just need to 'LIKE' this post and the main page to enter, 'if' you can SHARE this post we would be VERY grateful, but it is not a requirement! thanks R8 Team.

Disclaimer:
“This promotion is in no way sponsored, endorsed or administered by, or associated with, Facebook. We hereby release Facebook of any liability.”

Just running this past you, before we make this a 'thing' (this week is key). Making it more inclusive - in place of the '300' share offering and in addition to the KS (so we don't have to pay KS fees) What do you think? (Will be available through the website from Tuesday) - purely for if you want a piece of the company.

To mark our first Christmas at R8 Games and to clearly set out our intention to involve you every step of the way, in the lead up to the release of Formula Fusion in March 2016, we would like to bring you something special!


Next year still has its challenges as we strive to stay independent and build the team, but we know that with you on our side, we can achieve anything!

So we are going to give you 3 AMAZING deals! To get in on the deals, get on over to the TPP PAGE for details!

Once again – we at R8 HQ think you are all amazing and it has been really great to connect with the people that ‘get it’. We are not just trying to create a great game, we are trying to create one of those great life moments (and create few nose bleeds along the way). 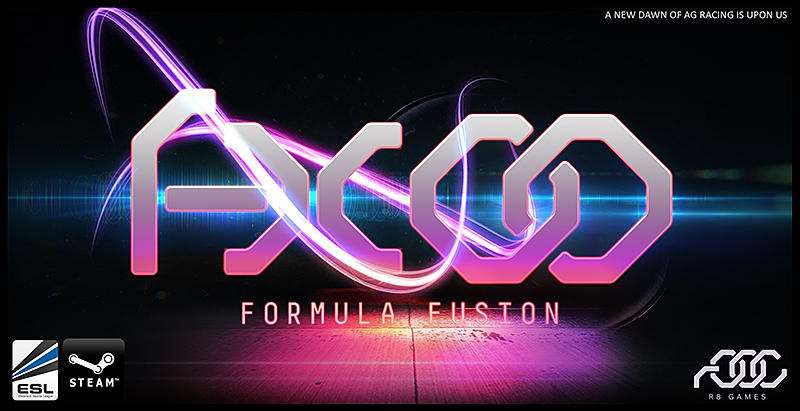 Available until end of April 2015

Our thanks and appreciation!

- 25% off the Early Access Version in Sept 2015 – £5.99 (normally £7.99)
- Exclusive availability of Pre-Release and Full Version - 2 weeks before general release!
- Exclusive offers and notifications!

NOTE: THE FIRST 2500 PAID SUBSCRIPTIONS WILL ALL RECEIVE A MYSTERY SPECIAL GIFT IN THE FIRST BUILD

Show your support and join the team NOW!

In addition to the FREE ON SIGN UP offers you get:

Stand out from the crowd and get exclusive content with the TPP build! Same deal as above, but with some extra special additional content!

In addition to the BRONZE OFFER you get:


BUY the GOLD eSPORTS PACK and get access to the Formula Fusion eSports Trial Leagues - available exclusively for you in September 2015!

Get the EXECUTIVE eSPORTS TREATMENT and eSPORTS CONTENT UPGRADES and stand out in the world of competitive Formula Fusion eSports racing when the game is launched in March 2016. Become an official FF RACING TEAM MEMBER!


In addition to the SILVER OFFER you get:

Special Price until Midnight on 25th of December

Add the GOLD eSPORTS PACK to your OFFER.