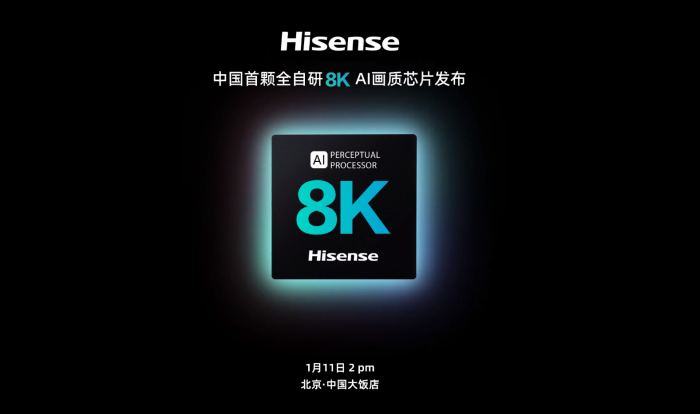 In addition to its 8K processing power, the chip can also upscale 4K content to 8K at 120 hertz.

Often advertised as the key part that makes a TV stand out from others, the image-processing chip can be found in most high-end TVs.
The new Hi-View chip is comparable to products of other major TV-makers like Sony's Cognitive Processor XR.

The chip is already being mass produced and will be built into new Hisense and Toshiba TV models releasing in 2022.