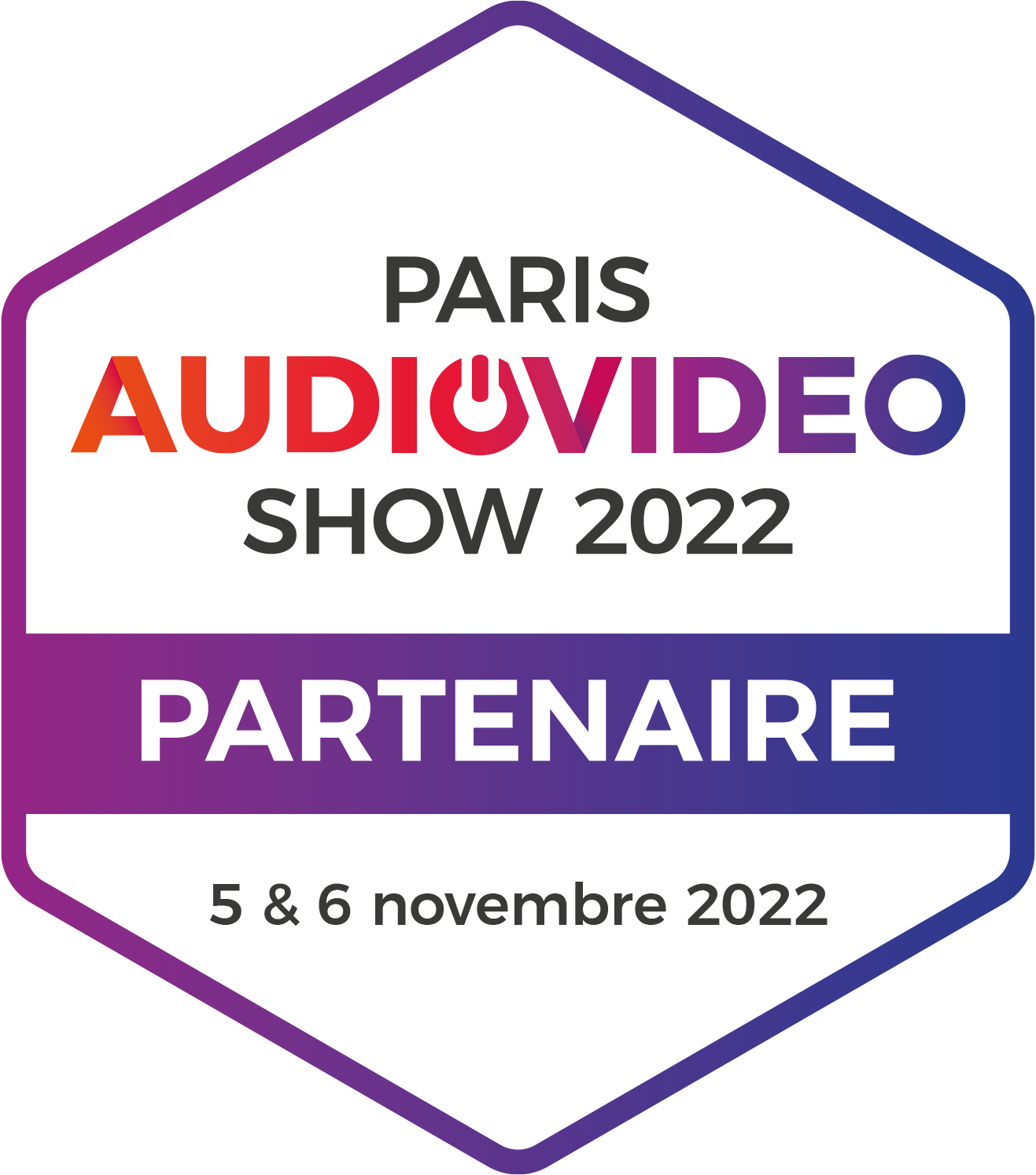 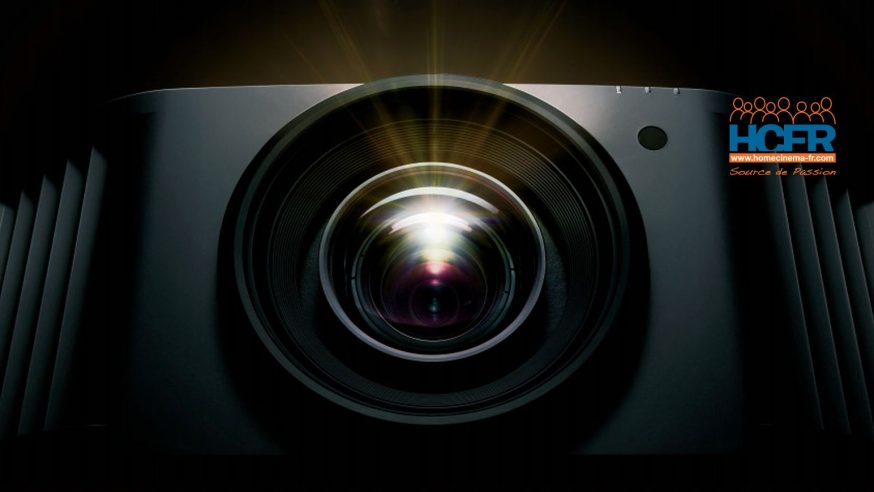 The company’s BLU-Escent laser diode light source was originally available only in JVC’s flagship model, the DLA-RS4500. Now, JVC brings the next generation of this technology to a full line of home theater projectors, offering outstanding dynamic range, exceptional brightness, and long life.

The new laser projectors support 8K60p/4K120p input using a new LSI, which contributed to the evolution of JVC’s proprietary 8K/e-shift technology. This technology achieves resolution close to native 8K by shifting pixels in four directions rather than two, as in the earlier version of e-shift.

The top-of-the-line DLA-NZ9/RS4100 is equipped with a premium 100mm diameter all-glass lens, Ultra-High Contrast Optics for outstanding contrast, and 8K e-shiftX. The DLA-NZ8/RS3100 shares most of the NZ9/RS4100 features, with a 65mm diameter all-glass lens. The DLA-NZ7/RS2100 is a high value model, offering a laser light source, 8K input, and 8K/e-shift at breakthrough pricing.

1.1 – Dual 48Gbps HDMI inputs with HDCP 2.3 provide the most future proof connectivity and are ideal for the newest generation source devices such as gaming consoles.

JVC’s 0.69-inch native 4K D-ILA device has evolved significantly. The original 8K/e-shift technology doubles resolution by shifting one pixel diagonally by 0.5 pixels. The new 8K/e-shiftX uses a 240Hz driver to shift in four diagonal directions (up, down, left, and right).   The result is the ability to display 8K content with pixel perfect 8K resolution.

8K input requires instantaneous processing of an enormous amount of information from input to device output – four times that of conventional 4K input. To achieve this, the latest technology LSIs are installed to ensure stable and high picture quality. This also “future proofs” the new line by offering 8K signal support to ensure long-term use.

In addition, the new projectors also support 4K120p input. Usage of this format is expected to increase in the future, and is highly effective in displaying high frame rate gaming content, etc. It opens up new possibilities for projectors to provide high quality gaming on large screens.

To implement 8K/e-shiftX, which shifts the image in four directions (up, down, left, and right), it is necessary to drive the panel at twice the speed of conventional systems. To achieve this, the D-ILA drive device was improved and it is now possible to display images at a speed equivalent to 240Hz. The device also achieves a native contrast of 100,000:1** while improving the drive performance. For models equipped with a laser light source, an astonishing dynamic contrast of ∞:1 has been achieved in combination with dynamic light source control that automatically controls output.

The DLA-NZ9/RS4100 is equipped with a 16-group, 18-element, all-glass, all-aluminum barrel lens. The 100mm diameter lens has a wide shift range of 100 percent up/down and 43 percent left/right, and uses five special low-dispersion lenses that consider the differences in refractive indices between R, G, and B to project high resolution to every corner of the screen, reproducing 8K resolution.

The unique BLU-Escent laser light source technology, which uses a blue laser diode as the light source, provides both high brightness of 3,000lm and long life of 20,000 hours. The increased brightness makes it compatible with larger screens and significantly increases the peak brightness during HDR playback. This, together with 8K high-definition, creates a home theater experience like never before.

The combination of a high-power laser diode package and a highly efficient optical engine achieves a high luminance of 3,000lm***. In addition, the combination of the D-ILA device, which has a narrow pixel gap and high light utilization efficiency, enables detailed, smooth, and powerful image expression.

The laser light source uses a laser diode that allows instantaneous control of light output, enabling dynamic brightness adjustment with less delay compared to conventional mechanical apertures. By controlling the laser output according to the brightness of the video scene, it is possible to reproduce images closer to human perception. In addition, ∞:1 contrast is achieved by controlling the output of the laser during hide, signal discrimination, etc.

Support has been added for the HDR10+ format, which uses dynamic metadata. In addition, the HDR10 format used in UHD Blu-ray and streaming, and the HLG (Hybrid Log Gamma) format used in broadcasting are also available.

With HDR10+, the luminance information for each scene is embedded in the content as metadata, so tone mapping can be performed according to the scene. This makes it possible to faithfully reproduce the HDR images intended by the creators. By comparison, HDR10, the basic standard for HDR playback, has only two pieces of information: MaxCLL (Maximum Content Light Level), which represents the maximum brightness of the content, and MaxFALL (Maximum Frame Average Light Level), which represents the average maximum brightness.

Compared to the conventional method, the G (green) component, which contributes to optical brightness, can now be used more effectively, resulting in an increase in optical efficiency of approximately 10 percent.

4.2 – Adoption of a new optical device that thoroughly suppresses unwanted light inside the optical system

The addition of a new device inside the optical system suppresses the return of unwanted reflected light to the projection screen, dramatically improving image quality.

The cinema filter enables 100 percent of the wide DCI-P3 color gamut. HDR content, as typified by UHD Blu-ray, uses a much wider color gamut than before, so the wide color gamut of DCI-P3 makes it possible to reproduce such content with rich colors, including gradations in the sky and sea, which were previously difficult to reproduce, and contrasts between crimson roses and rows of fresh green trees.

JVC’s original image blur reduction technology Clear Motion Drive has improved the accuracy of motion compensation at object boundaries by reviewing the interpolation algorithm. In combination with Motion Enhance, which optimizes the drive of the D-ILA device according to the movement of the image, this technology reproduces 4K images more smoothly.

D-ILA is trademark or registered trademark of JVCKENWOOD Corporation.

HDMI (High-Definition Multimedia Interface) and the HDMI logo are trademarks or registered trademarks of HDMI Licensing.

All other company names and product names are trademarks or registered trademarks of their respective owners. 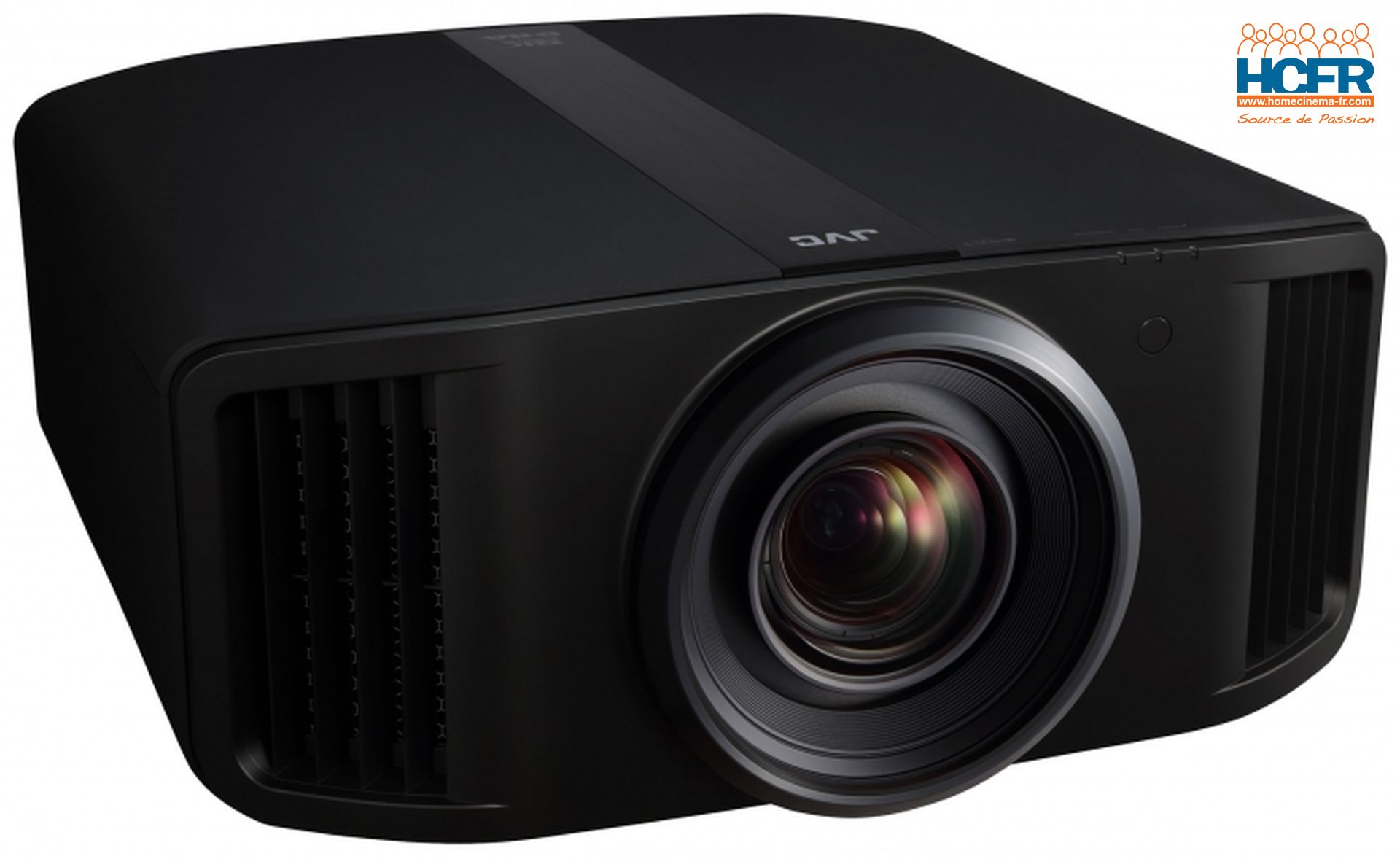 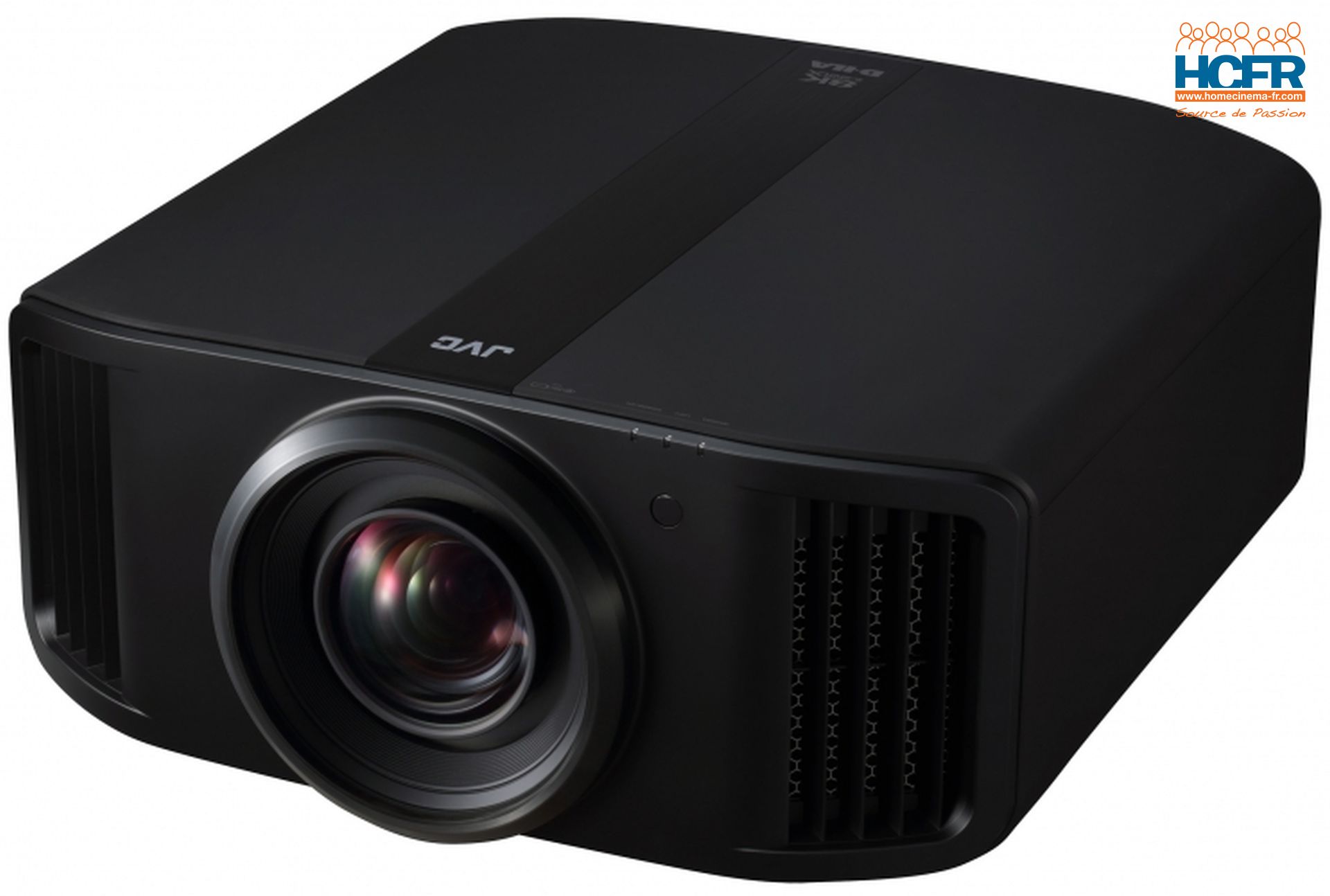 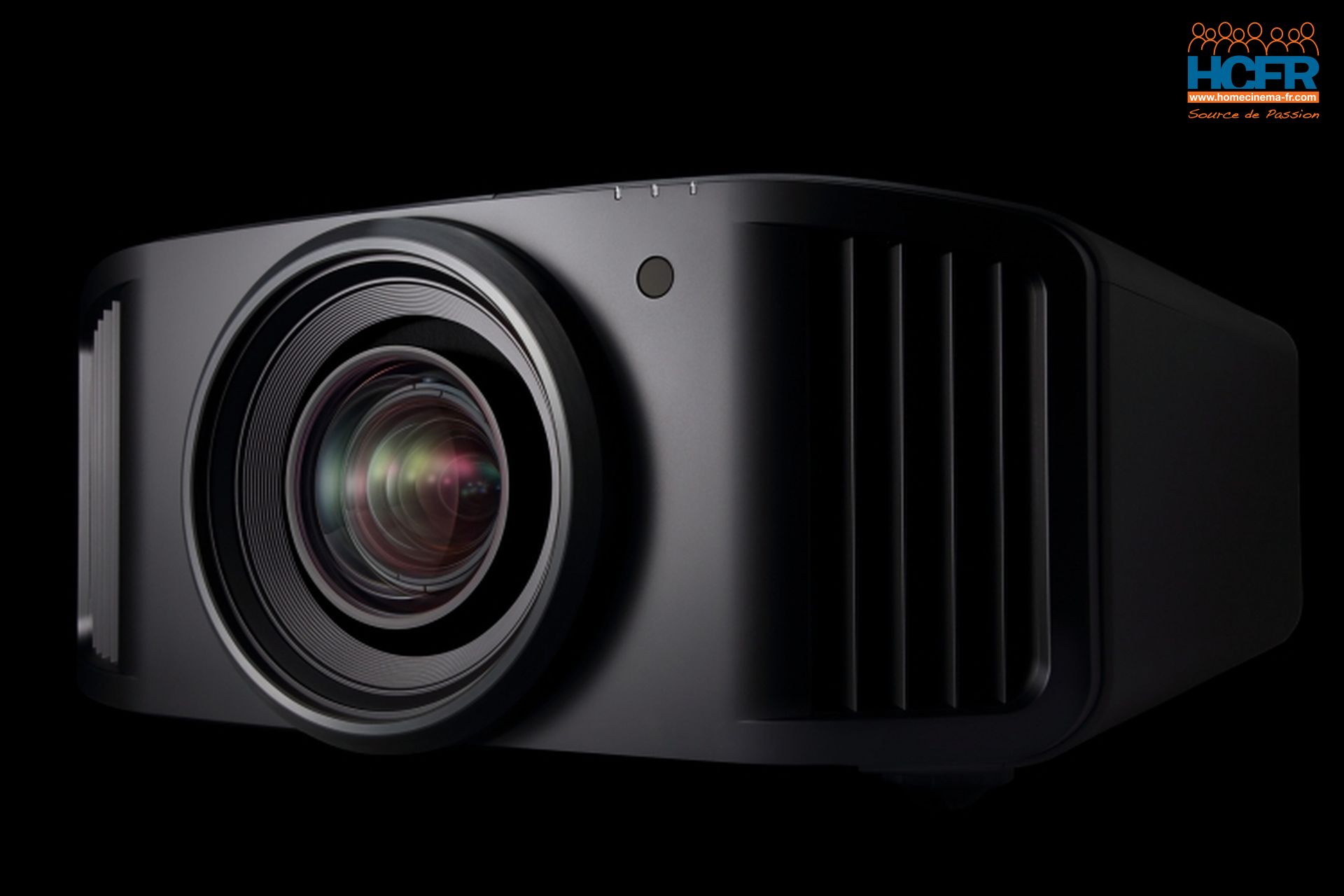 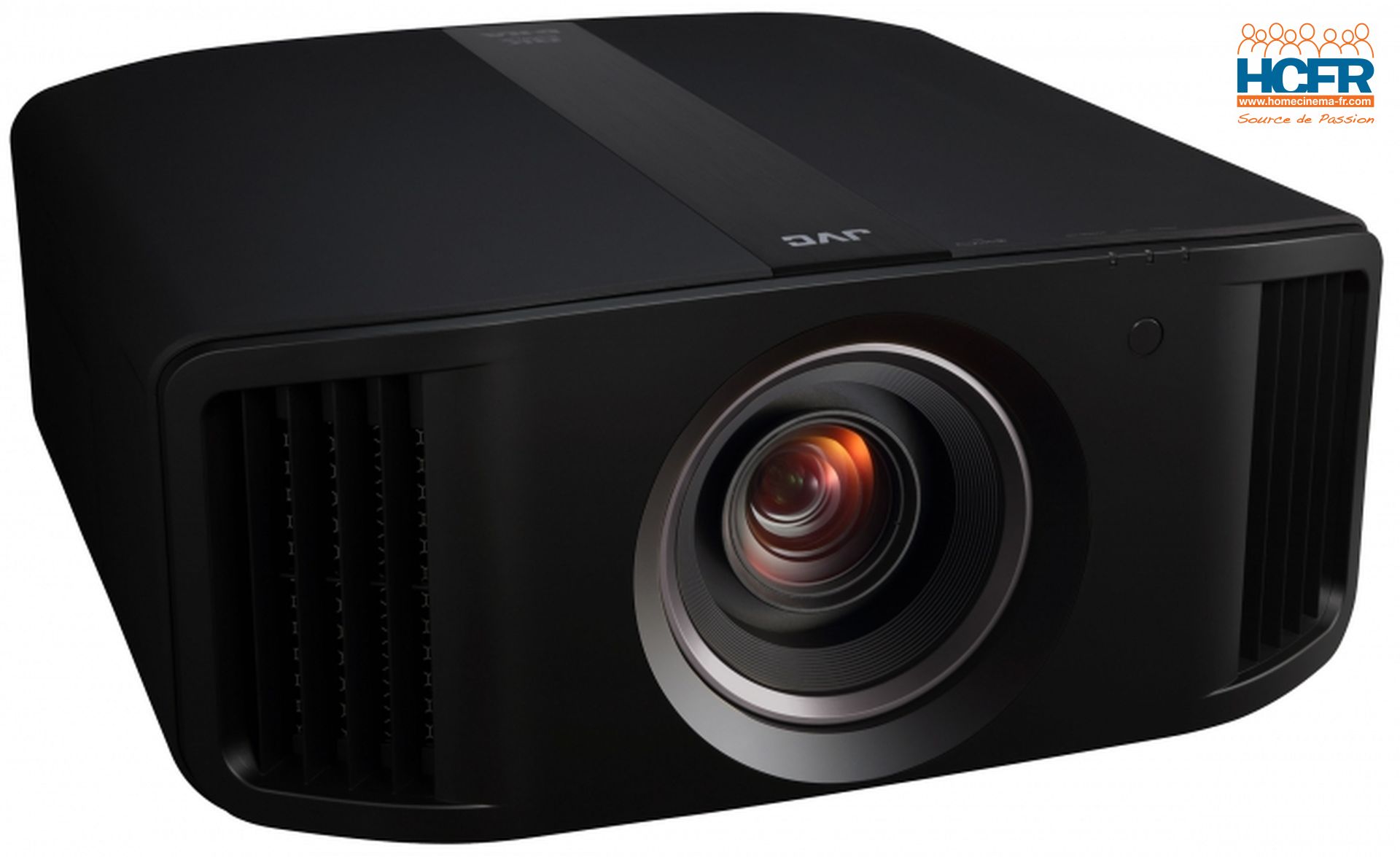 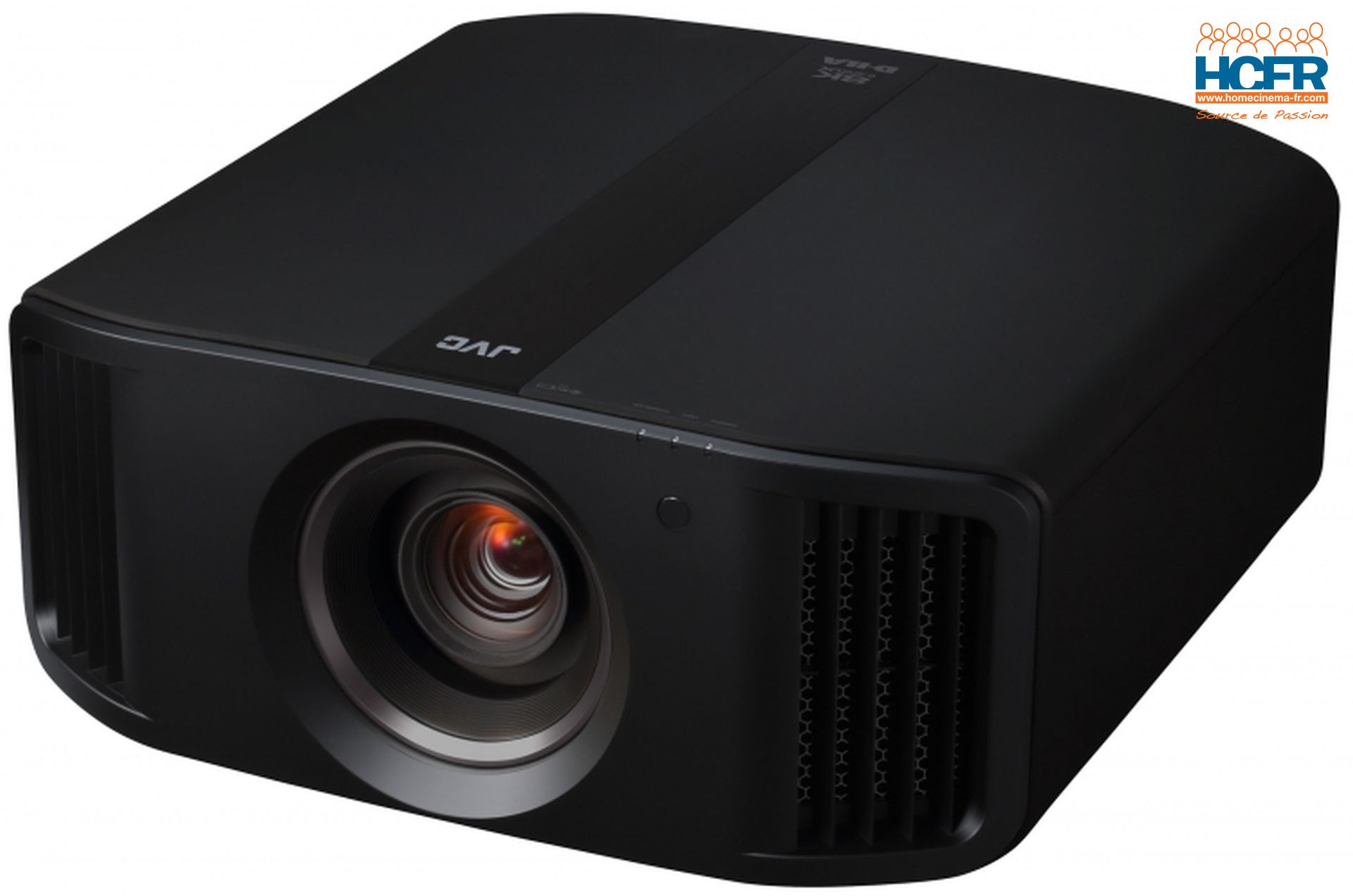 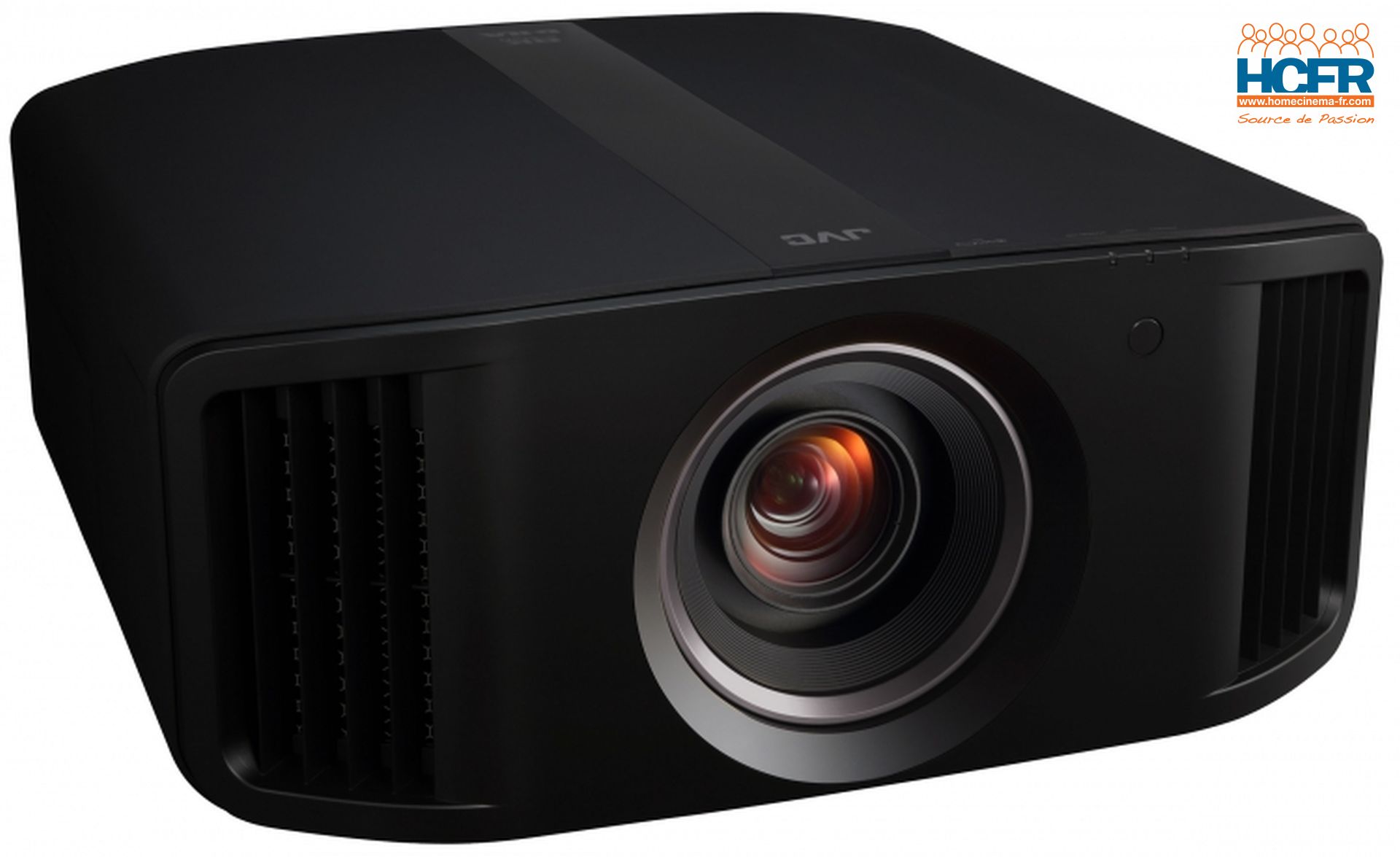 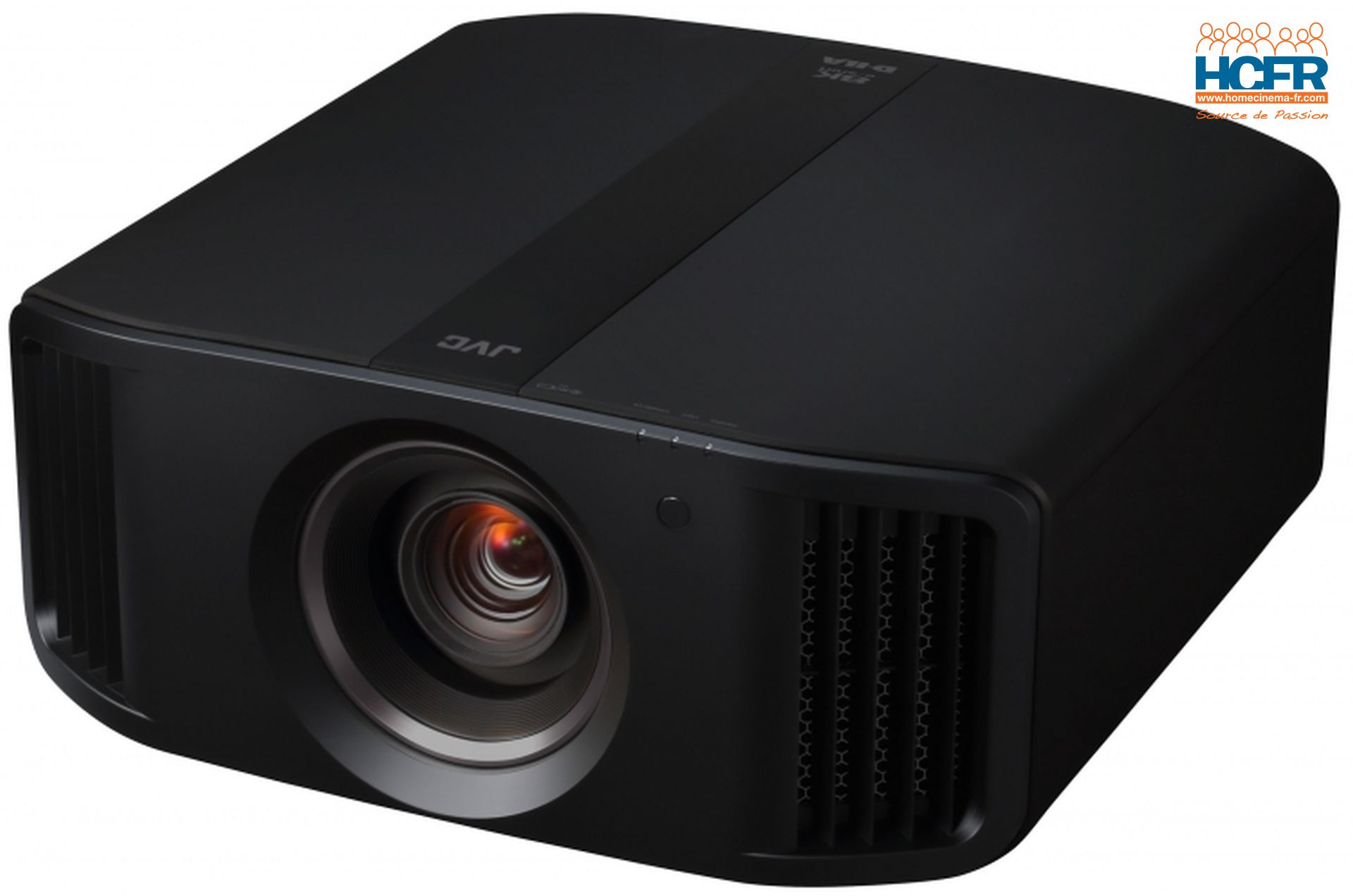 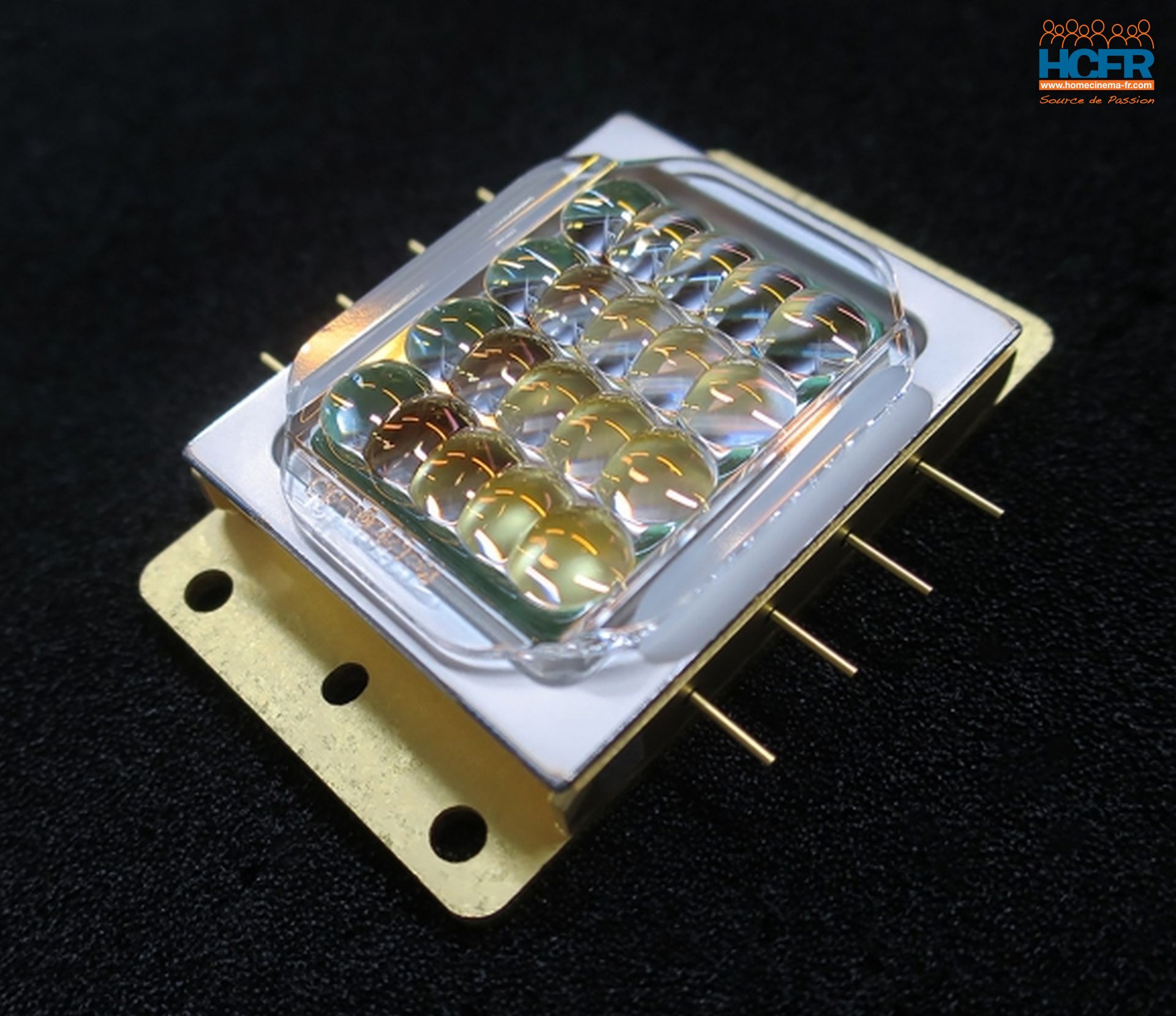 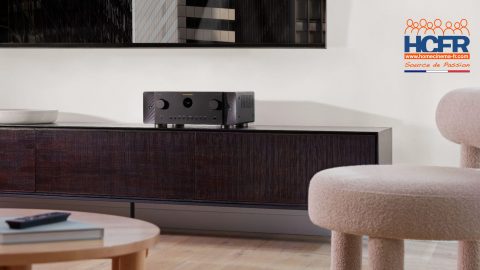 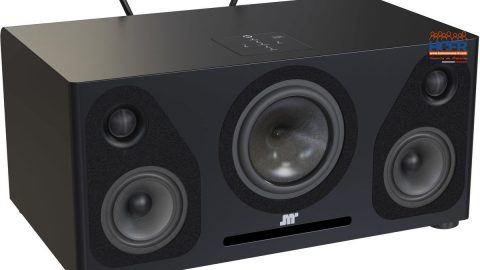 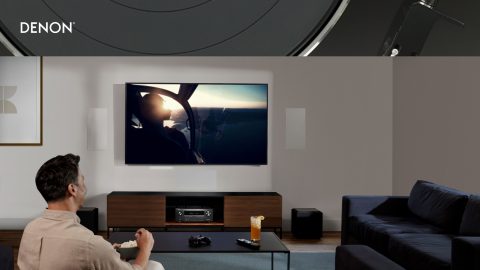 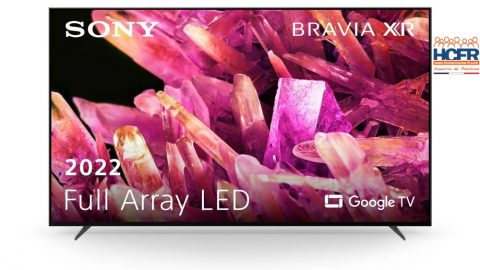 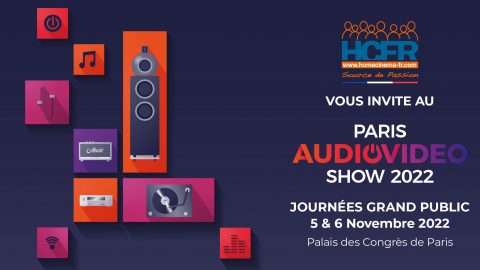 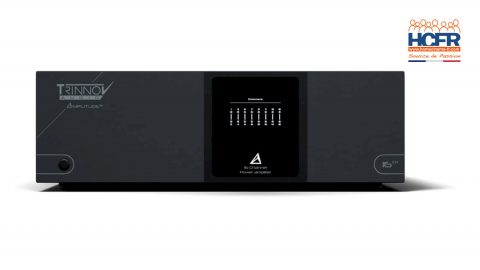 This website uses cookies to improve your experience while you navigate through the website. Out of these, the cookies that are categorized as necessary are stored on your browser as they are essential for the working of basic functionalities of the website. We also use third-party cookies that help us analyze and understand how you use this website. These cookies will be stored in your browser only with your consent. You also have the option to opt-out of these cookies. But opting out of some of these cookies may affect your browsing experience.
Necessary Toujours activé
Necessary cookies are absolutely essential for the website to function properly. This category only includes cookies that ensures basic functionalities and security features of the website. These cookies do not store any personal information.
Non-necessary
Any cookies that may not be particularly necessary for the website to function and is used specifically to collect user personal data via analytics, ads, other embedded contents are termed as non-necessary cookies. It is mandatory to procure user consent prior to running these cookies on your website.
Enregistrer & appliquer