As we move full-steam ahead towards Kickstarter, we’d like to take the opportunity to bring you all up-to-speed as to where we are production-wise and to give you all something really special. We’ll get straight to the point - we’re really pleased to present to you all some never-before-seen pre-production shots of Formula Fusion for you all to enjoy! Please note that these are work-in-progress shots so they aren’t necessarily representative of the final game environment. Enjoy!

As for the game, we’re still technically in the pre-production phase of production and won’t be moving into alpha until after the Kickstarter campaign is over. Our development focus right now is purely the core mechanics of the game which are mostly in place – we’ve almost nailed our craft handling, we’ve got a white basic block-out out of the environment (for testing purposes), garage and tech tree functionality, an updated HUD and some amazing art assets ready to be added to the game. We’ve also got a new website in the pipeline and a bunch of amazing features planned for the upcoming Early Access release and we can’t wait until we get to show them to you. We’ve also got a really exciting announcement to make during Kickstarter which we are sitting on our hands to keep quiet about!

The past few weeks have been a whirlwind for us – we’re still pinching ourselves every day to remind us that this is really happening. As always, it is so important for us to acknowledge what drives us to make this game and really, it is you guys. We love seeing the same names and faces popping up on our social media. We love reading your emails, whether you’re wishing us good luck or simply telling us your experiences of WipEout – we are so encouraged by your enthusiasm for the genre. We’ve had over 1,500 people subscribe to the Test Pilot Program and we’re slowly moving up the Steam Greenlight Concept charts – we’re now #36 out of 4,051 games on Greenlight with over 99% of you voting ‘Yes’ to Formula Fusion. Amazing!

Our Test Pilot Program closes tomorrow night at midnight (27th March) so don't forget to spread the word to your friends and family!

As we are hopefully trying to feed your enthusiasm for the game. We are excited to announce 'officially' that we now have (along side other members) the complete track design team from the award winning Wip3out version on board: Andrew Walker, Nick Phillips and Mat Garey. So you can be sure those important core values are going into the game. Together with tDR and Tim Wright we are trying hard to re-create the magic of the first 3 versions. We should have some more official (and exciting) announcements throughout the Kickstarter period - just to re-affirm our claim to be 'the' spiritual successor to Wipeout and the next generation of AG Racing Games.

Getting to know the R8 Team
As a team we have been snatching development time from many different sources. Due to the sensitive nature of where we are right now and the fact that we aren't a fully established studio yet, it is hard to specify the full team.

To clarify with the names that we can confirm at this stage, we are a team primarily made up of Psygnosis Leeds that developed Wip3out.

There are also other ex-Wipeout designers that we can't confirm yet, due to this being early stages and not fully established - hence a Kickstarter. In addition to this we have a selection of carefully chosen veterans and graduate talent.

We also have the Art Direction talent of Cenay Oekmen, an established motion picture concept artist who has worked on films such as Inception and The Golden Compass - you can view his work on http://www.xotos.com.

Wip3out was the only game in the franchise to win a BAFTA award for Art and Design. Working alongside some of the original developers and on that level, represents one of the best versions of the popular franchise. Together with tDR and CoLD SToRAGE, the team has set out its intentions to bring together the qualities needed to create a new cutting edge AG racing game with Formula Fusion.

The team is still being formed at the present, however we will continue to expand our numbers to include both old and new talent including those willing to help out. We also have an open door policy for fellow Wipeout developers.

I hope this clears things up.

The formation of R8 Games

In 2000 Sony finally dissolved the publishing portion of Psygnosis by merging it into Sony Computer Entertainment Europe. Only a year later the Psygnosis branding eventually disappeared along with that famous owl logo we’ve got to know.

During the takeover the feel of the company changed to become a lot more corporate thus creating an uneasy atmosphere. This is something that seems very common with developers being taken over and it seems that it was no exception at Psygnosis.

When the Psygnosis staff were thinking that some of the decisions were a bit crazy, they used a code word as “awrate”, thus whenever it was said the management didn’t understand their sarcastic comment.

As Sony were culling staff (as what often happens with takeovers), some of the original developers decided to turn “awrate” into “R8” so that they had a small extended family in order to keep in touch with each other.

As a new development studio naming themselves as “R8 Games”, they had a new IP that had Acclaim Entertainment as the publisher. Unfortunately Acclaim declared bankruptcy in 2004 leaving the studio was without any money to continue the game.

The team was eventually split up and they ended up working on other unrelated projects, however last year they decided to reform the R8 Games team.

With Sony closing Sony Studio Liverpool in 2014 and the last Wipeout game being in 2012 for the PlayStation Vita, now was the best time to have the revival of the AG racing genre with the original team behind the Wip3out tracks.

Love us or hate us, we are on a mission to make this happen!

As of 11:20am Formula Fusion has been officially funded on Kickstarter!

A big thanks to Calvin Tan for pushing us over the edge.

Thank you all for the support over the past 10 days but we still have a long way to go to get those stretch goals.
Now the hard work begins! We want to give you guys the biggest and best AG Racer this side of the Millennium.

We've also got something special planned for next week. 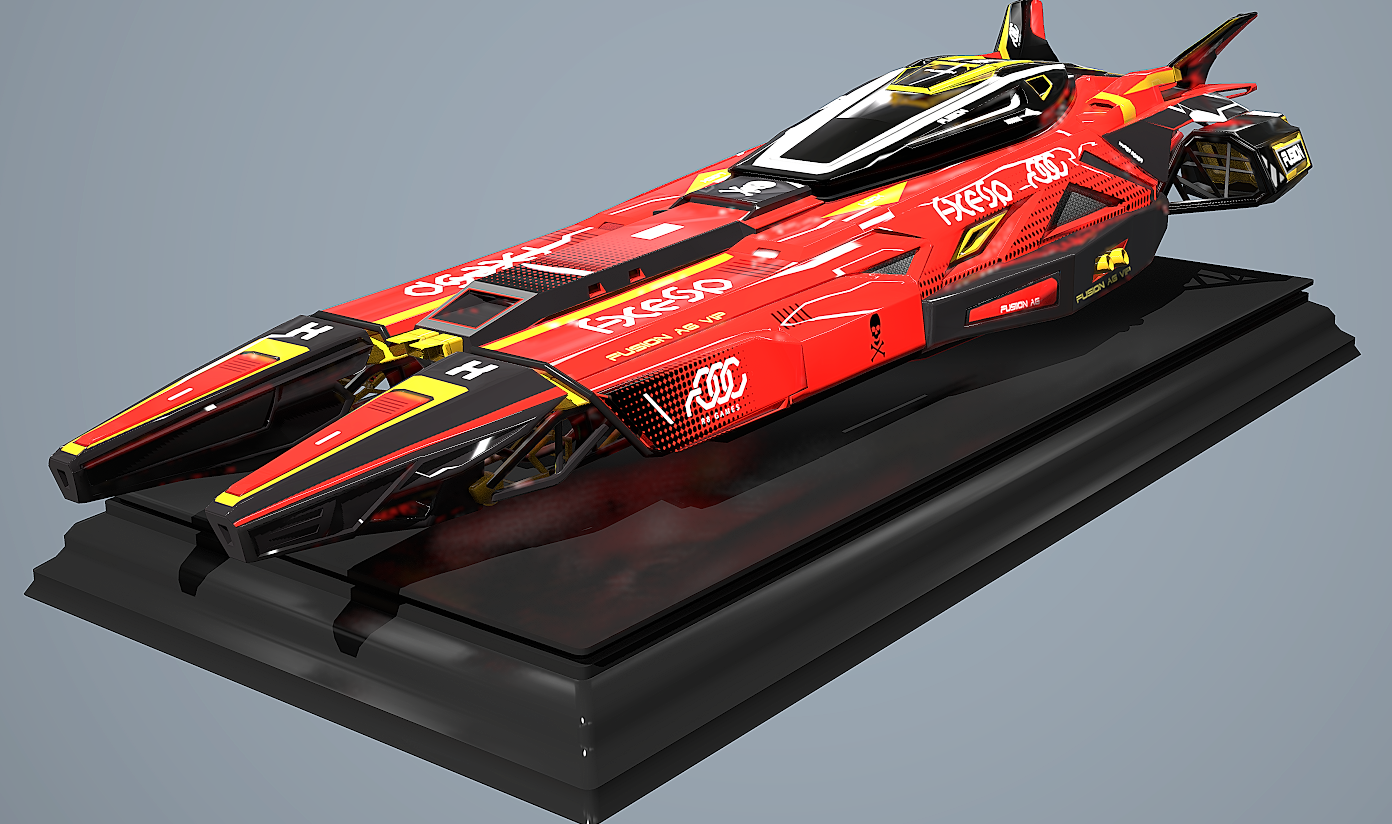