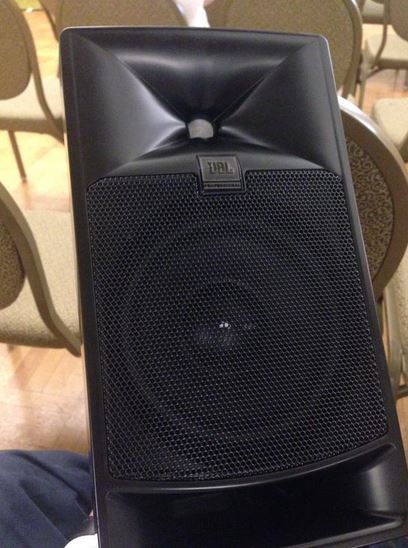 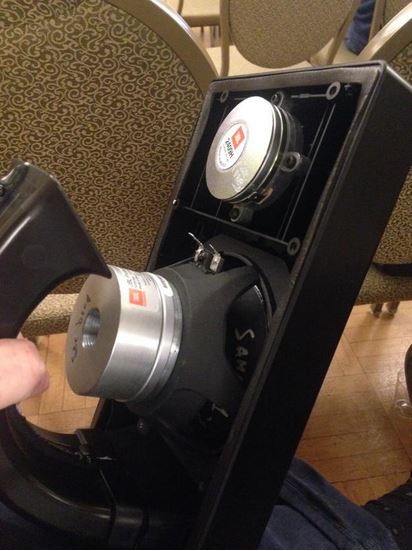 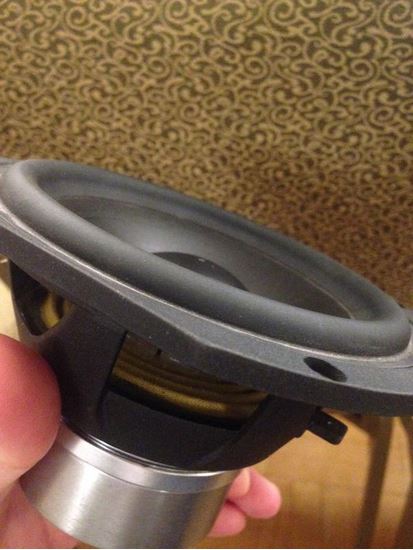 sur AVS, Gooddoc a écrit:Finally hooked the 708i's up and have had some brief listening to them. Did some mono listening compared to the M2's and in stereo, but no subs.

I'm hesitant to write my impressions with such limited listening time, but what the heck. I have decided to get the DCi amp for the speaker tunings for sure since I think I'm short changing them a bit without it. I can't open them in my ITech amp to look and not sure what it is they're doing on the passive side and what impact that might have on the SQ.

Generally though, even as they are, they're very good. Certainly will be an excellent match with the M2 in surround duty from a general sound perspective.

My comments are with a quick and dirty setup of the 708's next to the M2's and have to be taken as very preliminary since the 708's deserve a careful setup and also aren't being driven by the recommended amp or with the JBL tunings. Reader beware.

The waveguide is, like the M2, excellent at creating a very solid stereo image and it's clear they're the same horn design. It's just everything sounds smaller compared to the M2. The M2 throws a bigger soundstage and a bigger stereo image. They just sound bigger, which really isn't a surprise, just figured I'd mention it. The 708i's have an awesome top end, maybe even better than the M2. Some of that top end impression I'm getting could be due to the fact that the M2's are much fuller sounding as I'm not running subs with the 708i's and that leaner bottom end may be emphasizing the top end. Tough to say, but it's really good, that's for sure. The M2's have more top to bottom balance and the bass difference is noticeable big time, so I really have to integrate the 708's with subs to make a more apples to apples comparison. But although the 708's have that great top end, they're lacking the same level of clarity/naturalness as the M2. They're not as "windowish" for lack of a better description(sorry to make up a new word

). That clarity/naturalness is what really makes the M2 so special and I'm not getting it at that level from the 708's. That should be taken relatively though since that aspect of the M2 is a tough hill to climb.

That's it for now, but again, this is all very preliminary listening and I know the 708's likely have more to give with the proper amp, tunings, and setup. Running active could really change things dramatically depending on how good the passive crossover is in comparison. Also, I've only listened to a dozen songs or so, so all these impressions could change dramatically over time. I'm definitely impressed with them though and I'm confident that they're a good system match for the M2's, and that was my primary hope when I ordered them.